Not All Bottled Water Is Equal, Says This Water Tasting Specialist

Forget wine tasting… If you're mad about grand crus (the highest wine classification) but don't drink wine, you can still titillate your palate.

When it comes to pouring the liquid gently, swirling it in a glass, checking the film on top, smelling it, examining its clarity and transparency, running it across my tongue and tasting it…

France has plenty of bottled water variety, perhaps not as much as wine, but each brand does have its own taste and texture.

But really... does water have a taste?

I’m in the bar of the Hotel Les Cygnes at Lake Geneva’s edge, in the small town of Evian-les-Bains , which has been bottling water for more than a century. (You may have heard of its namesake, Evian water?)

Across from me, Lawrence Duval (below, right) uncapped one of several plastic water bottles and slowly poured the clear liquid into a wineglass for me under the discreet gaze of waiters more accustomed to pouring wine than water into glasses this size. 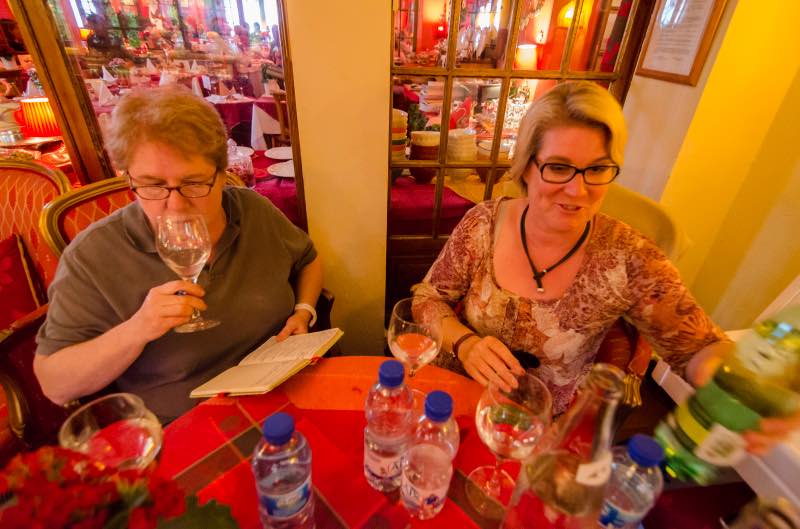 “You start with two balloon wineglasses, washed by hand, not by dishwasher,” explains Lawrence. “Natural light is best, with a white background to better see the color of the water. And the water has to be at room temperature.”

At first I was amused but the taste of water is serious business, one that involves hours of initial training followed by extensive practice. You can take a short course over three days but you will then have to work at it.

“Someone once bet me publicly at a press conference that I couldn’t tell bottled waters apart. But I did,” she said. “You need to use all five senses, and you start with eyesight.” As the person in charge of water and wellbeing for the Rhône-Alpes tourism board, Lawrence knows what she’s talking about, since this region produces the bulk of France’s bottled water.

A Guide to Water Tasting

Have you ever even tried to describe the taste of water?

Water tasting may be considered an art but in fact there is a science to it.

A water sommelier will look at color — whether it is pearly, or has bluish tints — and appearance, like dullness or brilliance.

Then there’s touch, which takes place inside the mouth, where you ‘feel’ for chemicals or astringency, not quite the same as tasting.

Of course, smell is involved: like wines, each water has its own, although it is less marked. To get beneath a water’s aroma, you’ll have to breathe through your nose and allow the scent to waft through your nostrils into your upper airways.

Hearing is also used in tasting bottled water, but only when it sparkles: you listen to the clean sound of bubbles (or the effervescence, if you prefer the more technical term).

I did, and I was surprised. 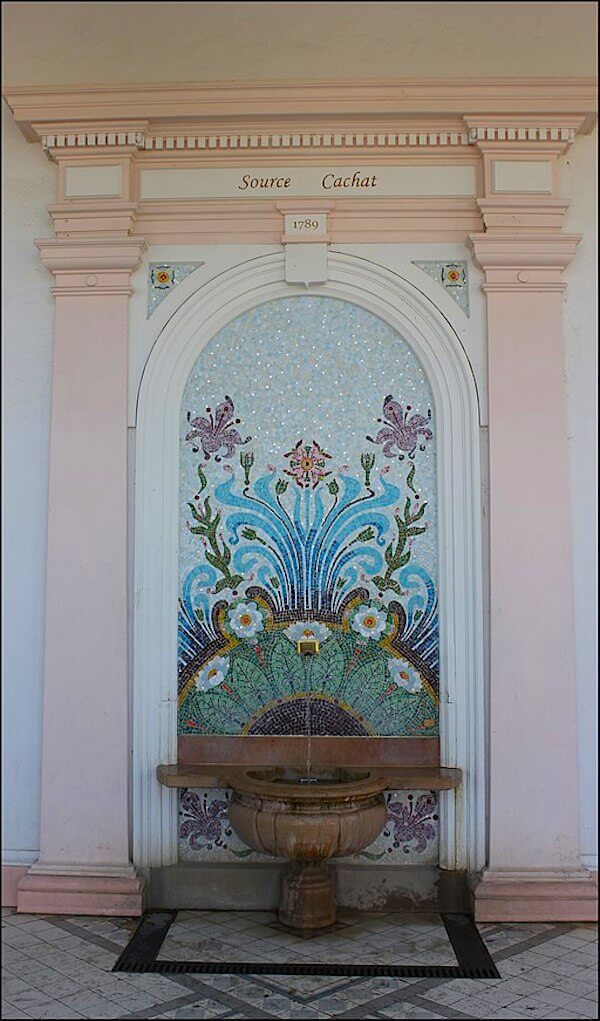 The original Cachat water source in Evian is still used... residents show up with their empty bottles and fill up. You can too Daniel CULSAN (CC BY-SA)

“The flat waters of the region are quite different from one another,” said Lawrence. “Thonon water is quite sweet — it works best with desserts or with chocolate, while Evian is a bit astringent so it’s best to drink it with something fatty, like meat or cheese or a sauce.”

Sparkling waters are tasted in the same way and they too are paired with different foods.

“A green Badoit will go well with cheese, while a red Badoit, with its larger bubbles, is much more of a digestive, to be drunk after a meal.” 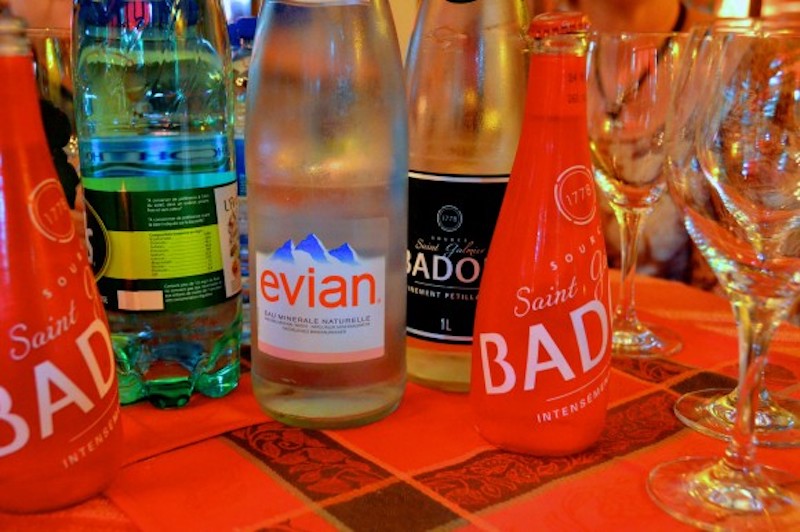 Telling the region’s more than 30 bottled waters apart is a challenge, akin to wine tasting but far more difficult.

That’s food for thought. And it shows how sensitive our taste buds are.

A Short History of Bottled Water

People have been drinking treated water since Egyptian times; we know this from a pharaoh’s tomb at Thebes which depicts water from the Nile being driven through clay pots before drinking.

As for water’s health benefits, they have been known since Antiquity but mineral water hit its apogee in the 18th and 19th centuries, when those who could afford it began ‘taking the waters’ in fashionable corners of Europe.

Water sources spouting out of the mountain were initially free but a few smart businessmen realized money could be made from this health craze and began bottling it.

A local aristocrat noticed a significant improvement in his liver and kidney ailments after drinking water regularly from a fountain in Evian. He lauded the water’s ‘miracle’ powers left and right and once doctors began prescribing the water to their patients, the source’s owner, a certain Mr Cachat, saw an opportunity: he fenced the source, bottling and selling the water.

The rest is history. 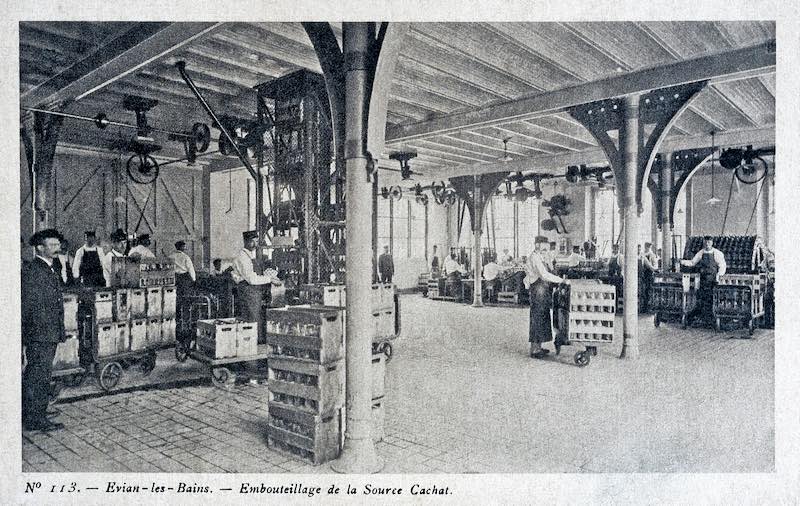 which is the best tasting water in my region, the Rhône-Alpes?

While you once had to travel to the source to ‘take the cure’ and ‘drink the waters’, these days the water comes to you.

It comes in all sizes and shapes and is divided into flat and sparkling, with sparkling water subdivided into natural and carbonated (with gas added).

Each water has its own healing powers: some are good for kidneys, and others for rheumatism or blood circulation or metabolic illnesses.

While drinking is their most obvious use, these same waters are used in thermal spas with even greater benefits because of their concentration and the amount used.

I’m an avid bottled water drinker but I’m also aware of its drawbacks: bottled water is obviously more expensive than tap water; drinking some brands at length may overload your system with certain minerals (but at the same time save you from metals present in plumbing); and not all bottles are returnable or biodegradable so there are notable environmental concerns about your choices.

I live in France and each year I try to spend a week at a thermal spa. Longer preventive thermal treatments are so popular that the country’s socialized medical system actually pays for three-week cures (I’m afraid I haven’t benefited).

Like most people, I have my regional water preferences  —  here are just a few of the most common:

Me? I’m a Green Badoit girl.

Having attended a demonstration by a trained water taster and learned how to pair water with food, I’ll never look at a bottle of water the same way again.

if you travel to evian-les-bains 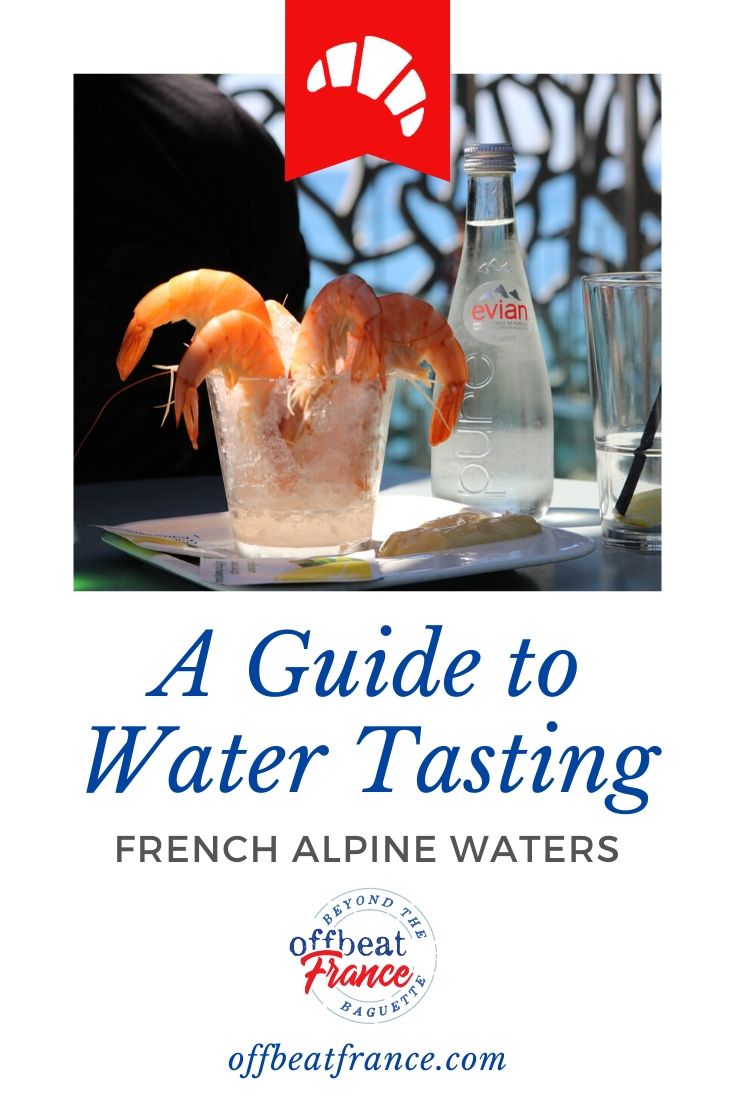 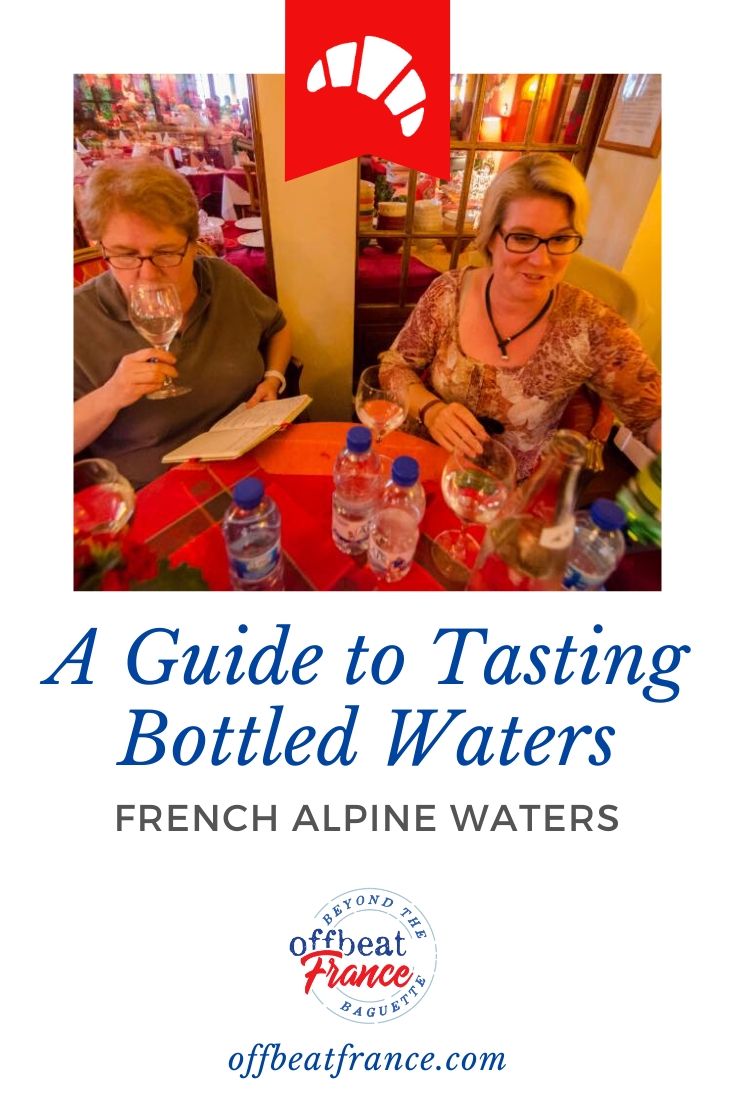 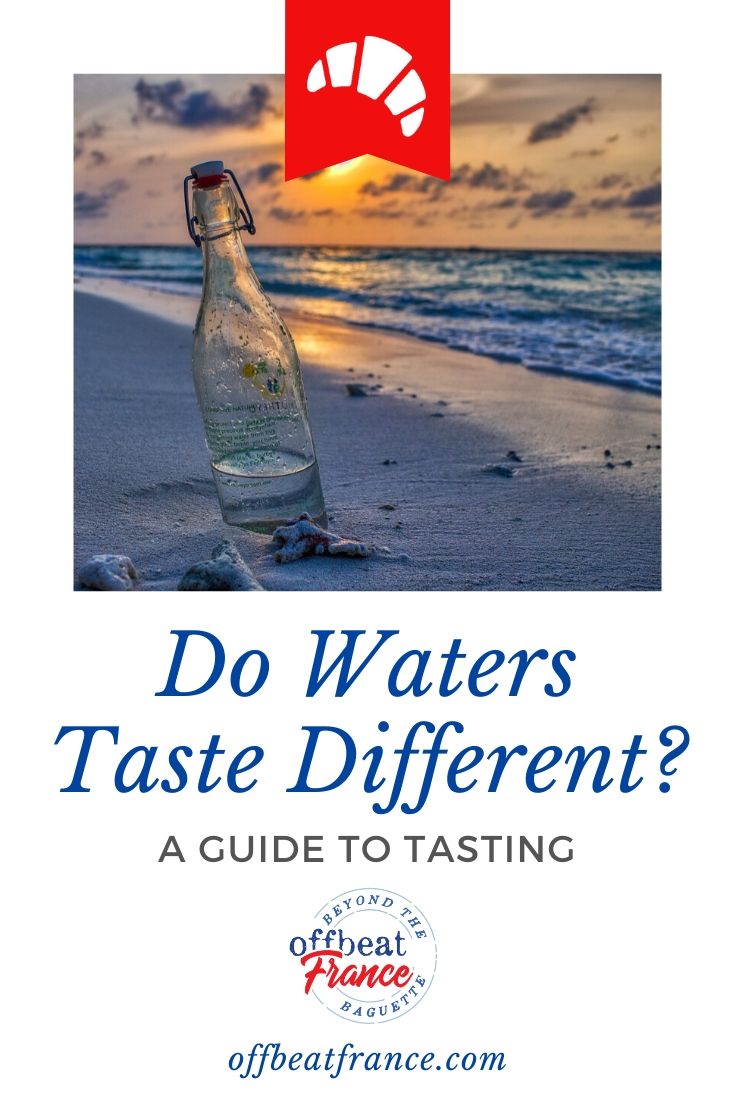