The 101 Departments In France (and a bit about them)

The 101 departments in France are grouped into 18 regions (read about those here) but each department is distinct, often with its own foods and traditions and, of course, scenery.

What are French departments and why should we care?

As good French schoolchildren we are supposed to know the departments of France by heart, but we don't, except for those that are near where we either live or spend our summer vacations.

A 'département' is an administrative unit, with regions above it and communes (these can be towns or villages) below. A department can also be subdivided further but that's purely administrative and those segments, like cantons or arrondissements, aren't used often enough to worry about.

The first 83 French departments were created in 1790, at a time of huge turmoil: the Bastille had just been stormed, and Louis XVI has begun his slide towards the guillotine (that would happen in early 1793). But efforts to consolidate France were also moving forward and the departments were a result. They were designed to be more or less the same size, with each capital no more than a day's horseback ride from the furtheset corners of the department. And to avoid any political misunderstandings, they would be named after natural geographic features – rivers, mountains, valleys.

France departments have evolved over time, growing from 83 to 130, back down, and up again. Every so often, a politician decides to leave a mark by changing the boundaries, confusing everyone.

Not content to leave well enough alone, in 1996 Corsica was split in two, raising the number of departments to 100. Then all sorts of complicated things happened to our overseas departments and we ended up with 101, which is what we have now.

Please wait a while before getting that map tattoo. Things will change again, I promise.

How many departments in France?

So we have 101 départements, including those located overseas as a result of our far-flung colonia empire, but the number changes once in a while as new sub-divisions are decided.

It's always good to have an idea of the name or number of your favourite departments, yours, for example, or those nearby.

In France we often use the numbers to refer to them... for example, you're going skiing in the village of St Bumpkin? A friend might ask, "Is that in the 74?" What they really mean is: "Is that in the département of the Haute-Savoie?"

There is no hard and fast rule. Sometimes we use numbers, sometimes names, sometimes smaller areas within departments that are known and meaningful, but not official.

The map and France departments list below should help make sense of it all. Or confuse you further. 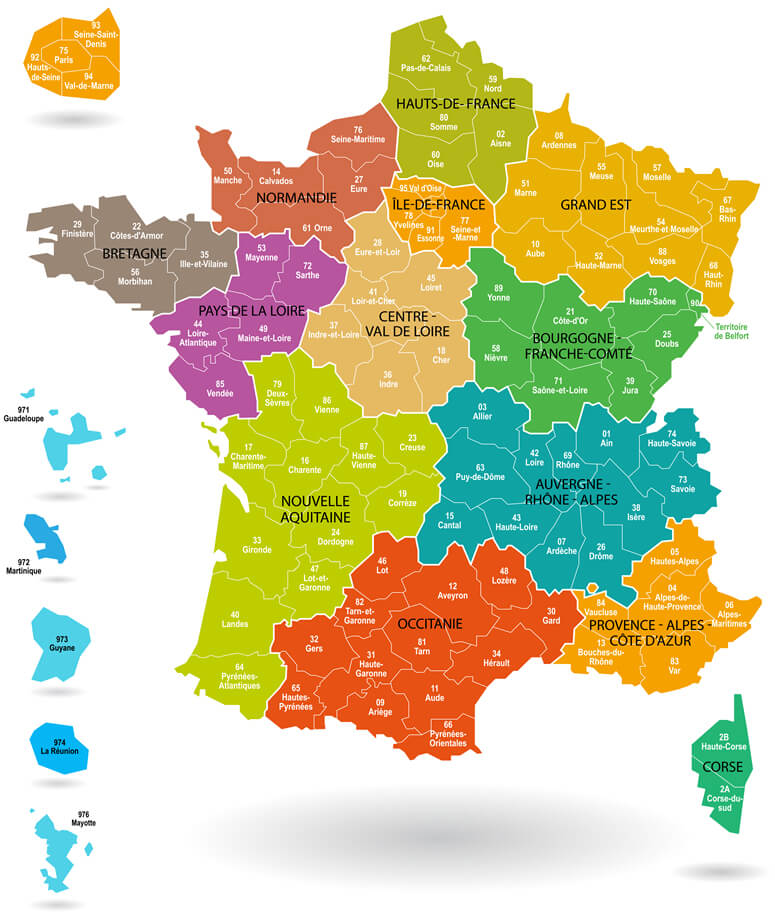 As I travel through France, I write about each of these departements.

Be the first to read these stories by subscribing to my free newsletter, Beyond the Baguette, where I tell you all sorts of interesting things and point you to the latest posts on this site.

And now, here's France, in all its illogical glory: regions, and each department within it.

The following is a list of all the regions of France and their respective departments, or départements, along with each department's number. I've visited many of these but haven't written about them all – but I'm working on it. You'll find a full list of stories by department on my sitemap or by looking at What's New on this site.

These regions are not in Metropolitan France (meaning they are on other continents) but they are fully integrated politically into France (they pay taxes, send representatives to the Legislative Assembly and so on):

Because of history, France has an additional set of overseas possessions of various categories which you might not know 'belong' to us. These include... 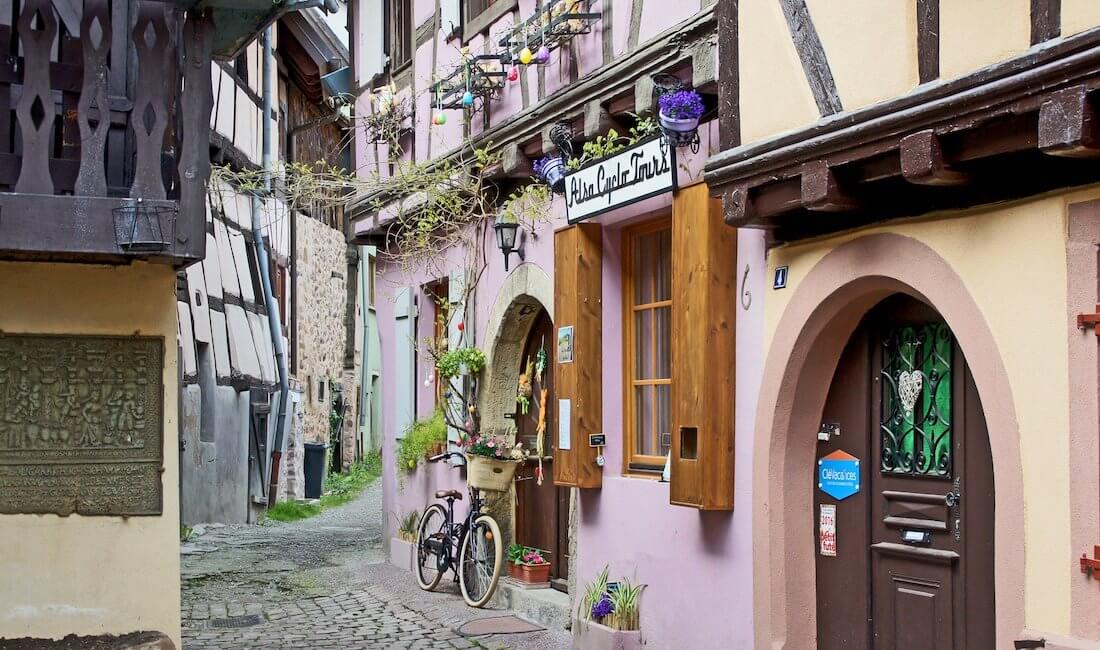 Why do we even have departments in France?

The idea of départments has a long history.

We first floated the idea to our then king, Louis XIV, in 1655, but it took until the French Revolution to sort things out. At that time, France was a mish-mash of administrative, military, religious, legal or fiscal territories that overlapped one another.

Finally, in 1789, the French Revolution brought some order to the confusion and 83 departments were created. Their sizes were determined so that one could ride from anywhere in the department to its capital on horseback in less than a day.

Today, some departments are urban, some are rural, and their size varies wildly. In densely populated ones, you can cross the entire department in half an hour on a bus or tram. In the more rural areas, like mine, you'll have to drive a full hour-and-a-half to reach the capital. Given France's excessive bureaucracy, you will have to do this more often than you think, since much interaction with the government involves gathering tons of paperwork to be presented in person at a given time and date. If you don't have a car, well... you can spend up to half a day on public transport just getting there.

Most departments are named after rivers and mountains (with a few exceptions such as Savoy, which always likes to go its own way and sometimes doesn't believe it is part of France at all). French department numbers have two digits, except Corsica, which has one digit and one letter (2A and 2B) and the overseas departments, which have three digits. Making the numbering system uniform would perhaps have been simpler...

And of course, the decision of when to visit France will depend on where you are going!