Loire Pronunciation and Other Loire-related Things to confuse you

First things first: the Loire pronunciation is LWAHR. Or, in slow motion, lou-AHR.

But which Loire are you talking about, exactly?

Do you mean the Loire River? The Loire Valley? The Loire département?

When we say the Loire, "La Loire", we usually mean the mighty river, one of France's major four (the others are the Seine, the Garonne and the Rhône, as we learn early on in school).

So what about those delightful fairy-tale castles? They are in the Loire Valley, in other words, along the shores of the Loire River.

It would be simple enough if we could stop here, but no. Why keep it simple when you don't have to?

In France there happen to be MANY Loires, all of them related in some way to the river that gives them their name.

So far, I have counted more than a dozen major locations that include the word 'Loire' and at the risk of adding to your confusion, I plan to explain them all to you below.

After all, when you say you're going 'to the Loire', you don't want it to be the wrong Loire, do you?

This is the motherlode, the source of all things Loire, at 1000km the longest river in France and a major trade route for millennia.

It starts somewhere in the mountainous Cévennes of central France, heading north until it reaches the city of Orléans, where it turns westward, the direction it will maintain until it throws itself into the Bay of Biscay at Saint-Nazaire. 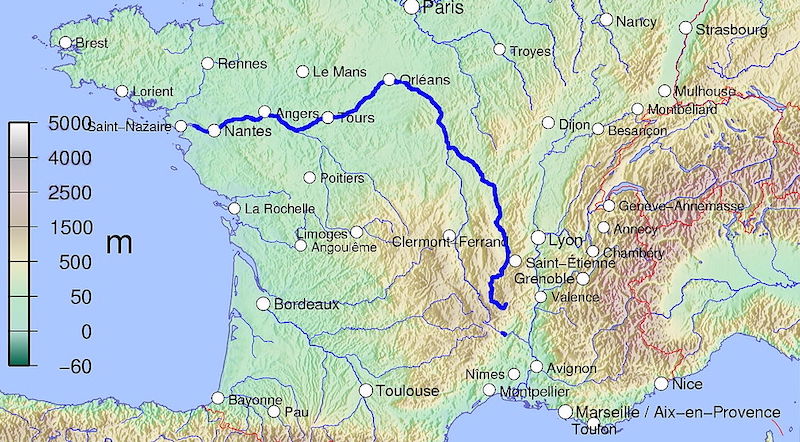 It's not as wild as the Rhône, but every effort has been made to tame it, especially after a few particularly heavy flooding episodes during the 17th and 18th centuries.

The Gauls used it as a trade route, and once the Romans invaded Gaul, they used it as well but not all the way to the Atlantic, stopping about halfway. The Vikings came, destroying cities along the way. During the Middle Ages it was the border between England and France, until Joan of Arc won Orléans back from the English, setting the scene for France's victory in the Hundred Years' War.

Many Protestant Huguenots settled along the Loire and during the Wars of Religion, hundreds were thrown into the river and drowned. Eventually, tolls were opened along the river and retaining walls built to protect riverine settlements from the moody river.

These days, you can no longer navigate its entire length but some stretches are open, and canals link others. Previous efforts to dam the river have all been confined to the dustbin in the face of heated opposition by environmental groups and for now, the Loire remains as it always has been, wild.

the loire valley and the chateaux of the loire 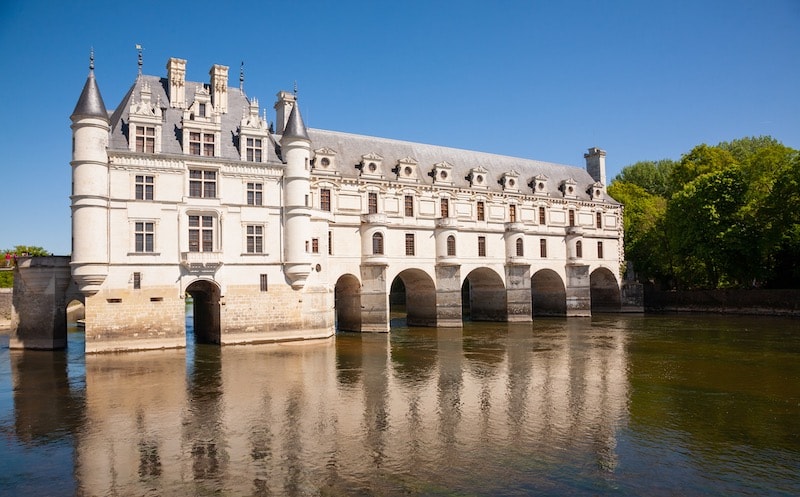 Chenonceau, in all its splendour

The castles of the Loire Valley is what we usually think of when the word Loire appears, right?

All 300-plus of them... and not only the Loire castles but the Loire towns, Blois and Tours and Angers and the dozen others which provide us with medieval and Renaissance architecture so important to France's history.

From hilltop fortresses to precious palaces, the homes of kings and their courtiers dot the landscape along the Loire River, surrounded by villages, land or religious buildings. Some were newly built, with the art of the time, and others were erected upon the remains of older structures.

For several centuries, the Loire Valley was the place to be but eventually, François I moved the capital to Paris and the Loire became a part-time playground. The French Revolution did the region no favour as nobles were deposed and their residences ransacked, demolished even, their treasures pilfered. The global wars of the 20th century even saw some chateaux turned into military facilities.

Today, the "Garden of France", as it is often called, is home again to château life. Many belong to private families (including a few who managed to hang onto their inheritance) or to government entities, which have restored them and opened them to us (here are some of my favourites).

départements with the word loire

So far, we've seen that the word "Loire" can apply to the mighty river or to the valley that graces its shores.

In France, many départements are named after natural features, rivers included, and this is how we've ended up with no fewer than SIX departments which include the word "Loire".

These are the six, along with their administrative numbers – France has 101 departments, each with its own number. 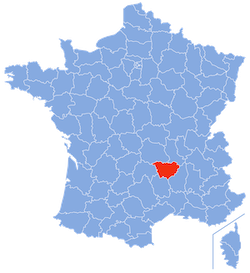 The Haute-Loire, or Upper Loire, is the southernmost department that bears the Loire name. It is filled with striking natural sites, from gorges to cliffs and waterfalls. It is also full of medieval architectural treasures, along with plenty of other ruins. Its main city, Le Puy-en-Velay, is the starting point of the Via Podiensis, where Europe's various routes leading to Santiago de Compostela (the Way of St James) converge. 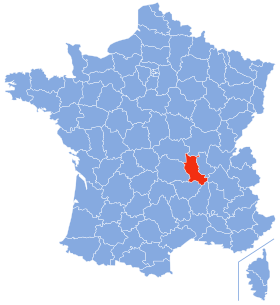 Next along the Loire River is the Loire 42 (often referred to by number to avoid confusion with the river that flows through it). We are not yet in the land of the fabled Loire castles (although you will find a few of note). For years, the Loire 42 was heavily industrialized but it has treasures of wild beauty, like the Forez region, and is much loved by tourists seeking nature and a less-crowded part of the country. The department's industrial history is still visible in its many craft- and trades-related museums. 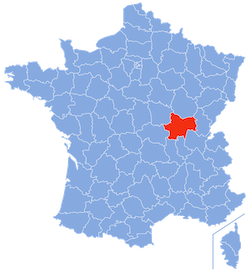 Following the river northwards you'll reach the Saône-et-Loire, part of the Bourgogne-Franche-Comté region. It is a land of historic villages and abbeys, Burgundy wine, of hilly rows of vineyards punctuated by stately homes and châteaux... Of course, cradled as it is by several rivers, the waterfront is very much in evidence throughout the department. Perhaps it is best known for its food – or, should I say, culinary excellence, because this is a part of France where eating poorly is simply not allowed. 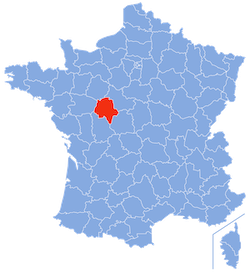 This is where the Loire River turns west towards the Atlantic and if you've ever been to the Loire Valley to visit its fabled châteaux, then you've probably been here. It is the home of the exquisite Chenonceau, Amboise, Azay-le-Rideau, Villandry, Ussé and many more. If you've visited the city of Tours and cursed at having to change trains in an obscure station called Saint-Pierre-des-Corps, it's because the city was once so conservative that when the railways came, it refused to have them in town and rerouted them here instead. It's only a few minutes, mind you, but still. 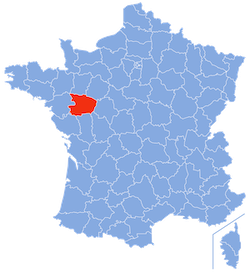 Heading west, this is the next department over and its capital is Angers (the Maine and Loire rivers meet here, hence the  name). The department occupies what was historically known as the Duchy of Anjou. Of course it is also home to some glorious châteaux, such as Brézé and Brissac (the tallest in the Loire Valley), not to mention fabulous Neolithic and Gallo-Roman ruins, along with quite a few troglodytic dwellings. 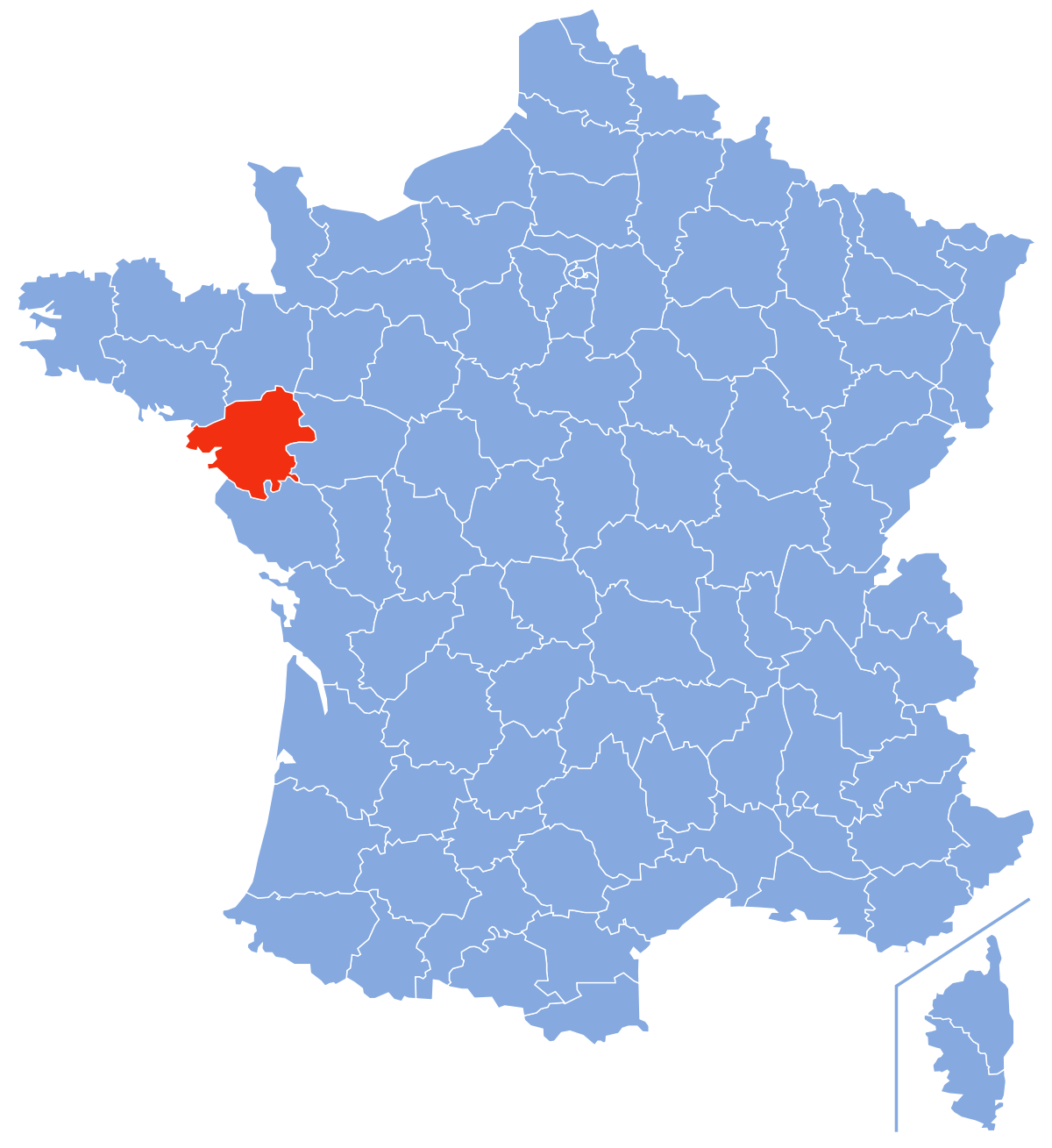 The Loire-Atlantique is what its name implies: where the river meets the ocean and the end of the line for this mighty waterway. But in a quirk of history, Nantes – the traditional capital of Brittany – has found itself over the border in the Loire-Atlantique, wondering why it's not in Brittany. It's a situation that has raised hackles and fueled controversy for years (and still does). Still, this is a land of glorious coastlines, lovely fishing villages, posh resorts and traditional salt marshes.

And finally, Loir vs Loire

A few départements may include the words "Loir", which is pronounced exactly the same as "Loire".

Just like its big sister, the Loir IS a river – it's just not THE Loire, although it's nearby.

In addition to the river, there are departments that include the word Loir, like the Loir-et-Cher, or the Eure-et-Loir.

But don't worry, I'm not going there.

How do the French tell them apart? It's easy when you see the words written out, but not so simple when they're spoken, because the sound identical.they're pronounced the same... So how do you know which river they mean?

And then there's the Loiret: it also happens to be a river, albeit a small one.

Hopelessly confused? Don't worry, we all are.

regions that include the word "loire"

If by now you're pulling your hair out, please leave a bit for later because we're not quite finished.

We've spoken of the départements, the 101 counties or states into which France is divided. But these départements belong to regions, of which there are now 18 (13 in mainland France and the rest as overseas possessions).

Not surprisingly, TWO regions in France are also called Loire: the Pays de la Loire and the Centre-Val de Loire. At least they're right next to each other... 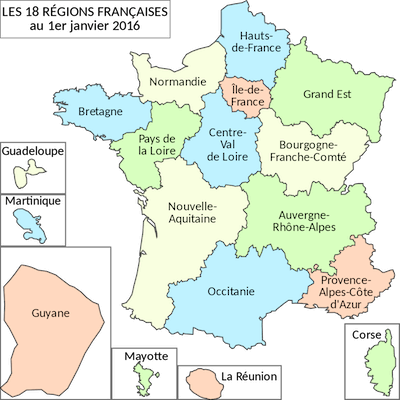 Let's start simply: the Pays de la Loire is on the left (west) and the Centre-Val de Loire is to its right (east). Both contain several départements – and to add to the confusion, they both contain parts of the Loire Valley, the one protected by Unesco, with all the châteaux.

The Pays de la Loire, the one on the left, is home to a number of châteaux and, given the strong influence of the Catholic church here, of abbeys and monasteries. Prehistory and Antiquity are both present here, as is every period from the Middle Ages onwards. You could say that of the two regions with the word "Loire", this is the one that looks out to the ocean.

The other region, the Centre-Val de Loire, used to be called the Centre but that's not very sexy and so when all the regions were rearranged in 2016, they decided to add the word "Loire", given that it's a tourist draw and the fact that so many of the protected châteaux were located here. Also, the name Centre made no sense given that it's nowhere near the middle of the country...

One of three things has happened by now: you are ready to throw yourself into the Loire (or Loir or Loiret), you fully understand it all and would win hands down if the question appeared on Trivial Pursuit, or, frankly, you just don't care – just show me the castles!

But another thing is clear: next time someone mentions the Loire, you'll know exactly what they're talking about.