The Counterfeit Museum, Paris – one of the more unusual museums in paris

Admit it, it's tempting. A Vuitton bag for $100, or a €200 iPhone. Who hasn't at least looked at a low-priced imitation and wondered: what if?

The Counterfeit Museum (Paris) – officially called the Musée de la Contrefaçon – was designed to answer all these questions.

Opened in 1951, exhibits include all sorts of confiscated knock-off items, from the high fashion to the mundane. This is the work of the Union des Fabricants (Unifab, the Union of Manufacturers), which was created in the 19th century to prevent the imitation of pharmaceuticals. The museum was set up  to educate the public and make us aware of just how serious all this is by showing us how easily we can be duped.

If you're on holiday in Paris but can't bear to look at another painting today, this quirky little museum is tucked away among embassies and chic apartment buildings in the 16th arrondissement inside Paris, discreetly announced by a plaque and a doorbell.

Its home is an elegant hôtel particulier, or urban mansion, which was once owned by a Vuitton grandson. How appropriate. The mansion also serves as Unifab's headquarters and serves as a depot for legally confiscated goods.

It is tiny and won't take long to get through its two rooms, but the subject is fascinating. You'll see how some fakes are incredibly easy to spot, while others are impossibly difficult. You'll also find out what is being done to curtail the trade (and how the criminals are staying ahead of the game).

Fully 5% of all goods sold on the planet are counterfeit. Statistically speaking, if you buy 20 kitchen appliances, one will be fake. The same goes for your spare car parts or, worse, children's toys, on which they can choke or be poisoned if these don't meet safety requirements.

What surprised me most was to find out just how many different products might be counterfeit. We all know about money and art, and most of us know that when we travel to certain countries, we're bound to find cheap Ralph Lauren Polo shirts or fake ICE watches in market stalls. 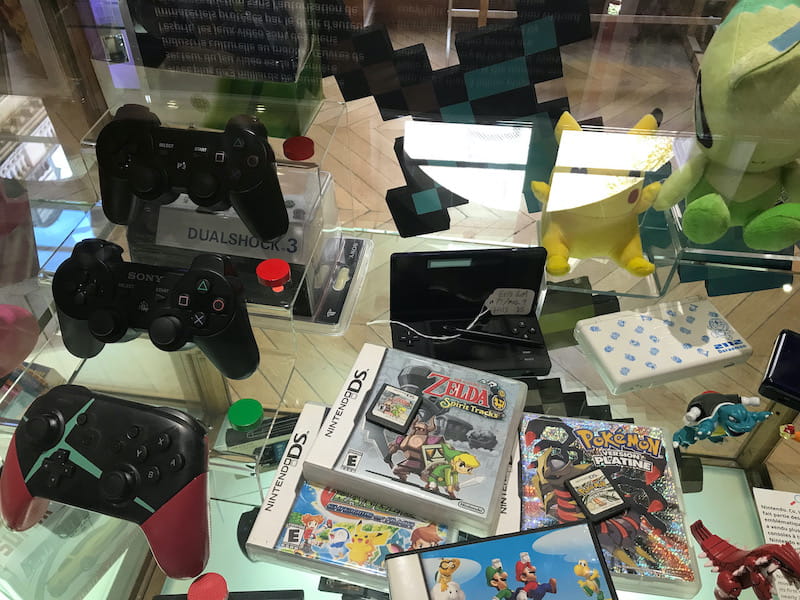 Video games are the world's biggest cultural industry, so obviously a major target of counterfeiters. The red dots mean fake goods while the green ones are the real thing 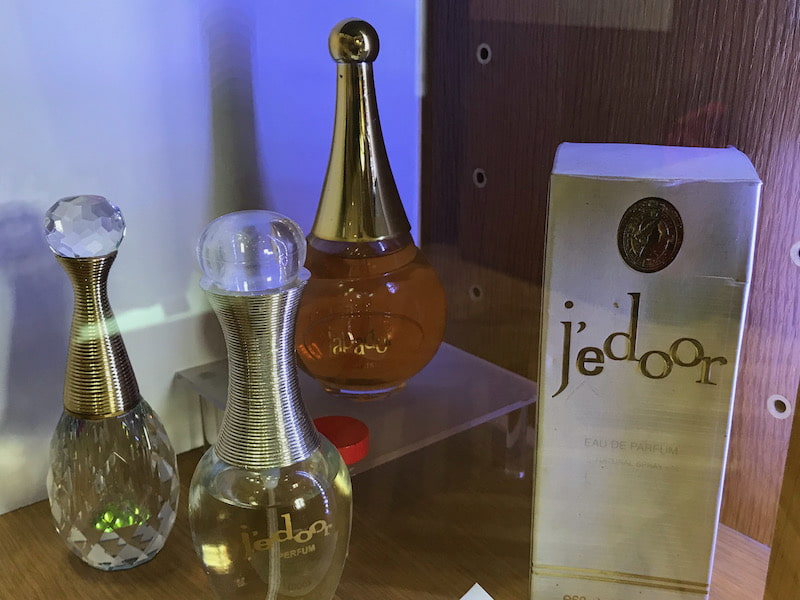 French perfume is hugely popular, but it is expensive to buy - and cheap to make. Fake perfumes have been found to contain heavy metals, or even animal urine as a conservation agent, so next time you see a tempting bottle sitting on a street stall at half the price, remember that 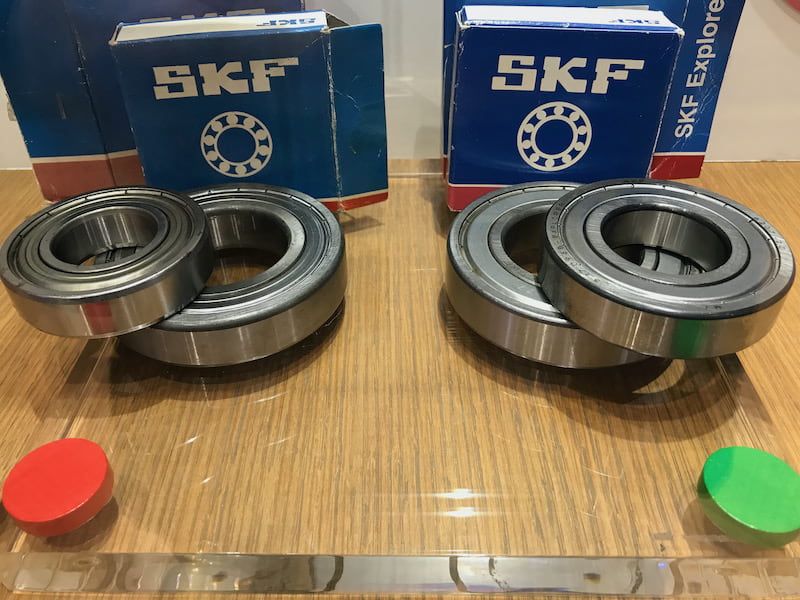 We don't often think of ball bearings, but they're used in just about everything mechanical - cars, airplane motors, industrial wind turbines. Imagine one of those giant propellers flying off because it's poorly fastened! 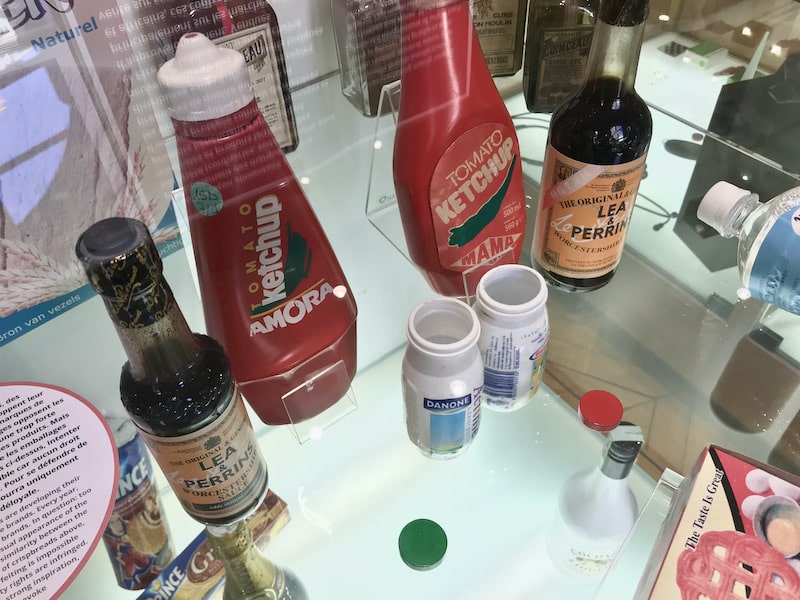 This one was a surprise! Fake ketchup? Really? But yes, counterfeit foods, especially brand name foods, are common, especially cheese and wine; once sold mostly in developing countries, these are now easily found online

The counterfeit trade is no joke. Imagine being given a fake cancer medication or blood pressure medicine? The switch could be deadly.

Once the product of clandestine pharmacies, online search has placed fake drugs at everyone's fingertips, and of course we know how much damage they can cause through incorrect dosage, ineffectiveness or toxic content.

Stroll around the display cases and you'll be surprised at what else is being counterfeited out there. You'll emerge with a far better sense of what is being faked out there and how to tell. 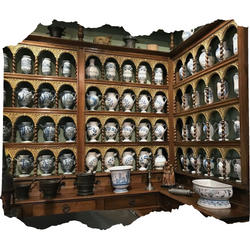 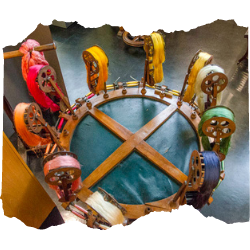 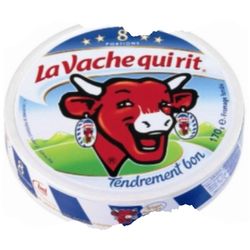 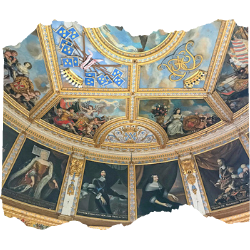 Consider this if you're thinking of buying imitations

The first thing that comes to mind when we think of counterfeit goods or intellectual property violations is the financial penalty attached to these crimes.

Most people have stories of buying fakes. A friend of mine once proudly displayed a Cartier wallet she had acquired online for a tenth of its list price, and truly felt she had a bargain. But if she had been caught, the wallet would have been confiscated and she would have been probably fined around twice its list value – or well over €1000. And that's the lightest punishment. Those who engage in the trade professionally can go to jail for years and be fined hundreds of thousands of dollars.

France is strict when it comes to fakes – des contrefaçons – and it's not surprising, given the sheer number of French luxuries people want to own, from Lacoste shirts to Hermès belts to Louboutin shoes. That Paris should have a museum dedicated to international counterfeiting makes perfect sense.

It's a hefty trade: 37% of French people have bought counterfeit goods at some point in their lives, knowingly or not.

But the cost of the trade isn't only financial – counterfeiting stifles innovation, and costs governments plenty of money.

Also, much of the trade is run by organized crime, and is by nature exploitative: to make a worthwhile profit, counterfeiters have to dramatically cut expenses, usually by paying exceedingly low salaries to vulnerable people (often women and sometimes children) working in sweatshops.

So if the fear of a fine or police embarrassment doesn't scare you, the thought of exploitation most definitely should.

How to tell fakes from the real thing

It isn't easy. In fact, unless you're an expert, it can be almost impossible, especially when you're talking about high-end products. But there are a few basic things you can look at:

As you'll see in the museum, some replicas are almost perfect, whereas others are glaringly obvious. That Burberry scarf looks stunningly real, but those platform shoes have clearly never seen the inside of a designer shop.

Looking for more unusual places to visit in Paris? Things to do you may not know about? Here are...
7 Non-Touristy Things to Do in Paris!

Fighting the crime of imitation

All sorts of agencies are fighting counterfeiters, with varying success.

These days, the trade is being made even easier because of the Internet. Buying online is relatively anonymous, electronic payments make transactions ever simpler, and rather than concentration of goods in a physical shop, there are innumerable points of sale.

But that doesn't mean physical sales no longer exist. Anyone who has strolled through the markets of Bangkok has probably been tempted by a $10 "Rodex" watch...

Even larger than these are the "counterfeit wholesalers" who operate with near impunity.

I remember when I lived in Bangkok an entire shopping plaza was dedicated to fake technology, from laptops to software suites, all at a fifth of the price.

Even larger than these malls are the huge markets dedicated to knock-offs.

And the most common way of acquiring these goods?

The postal service. Most are sent by mail. 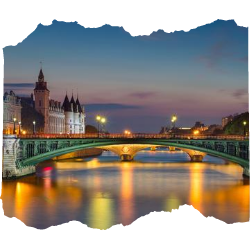 23 Offbeat Paris Sights You May Not Have Visited Yet 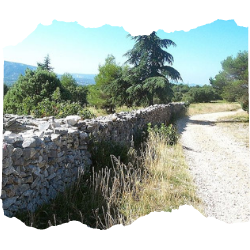 Provence built a wall to stop the plague... 3 centuries ago 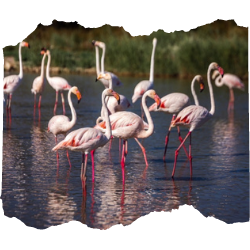 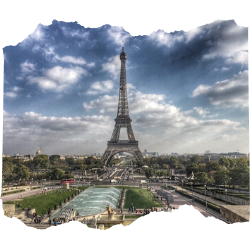 Untold Secrets of the Eiffel Tower 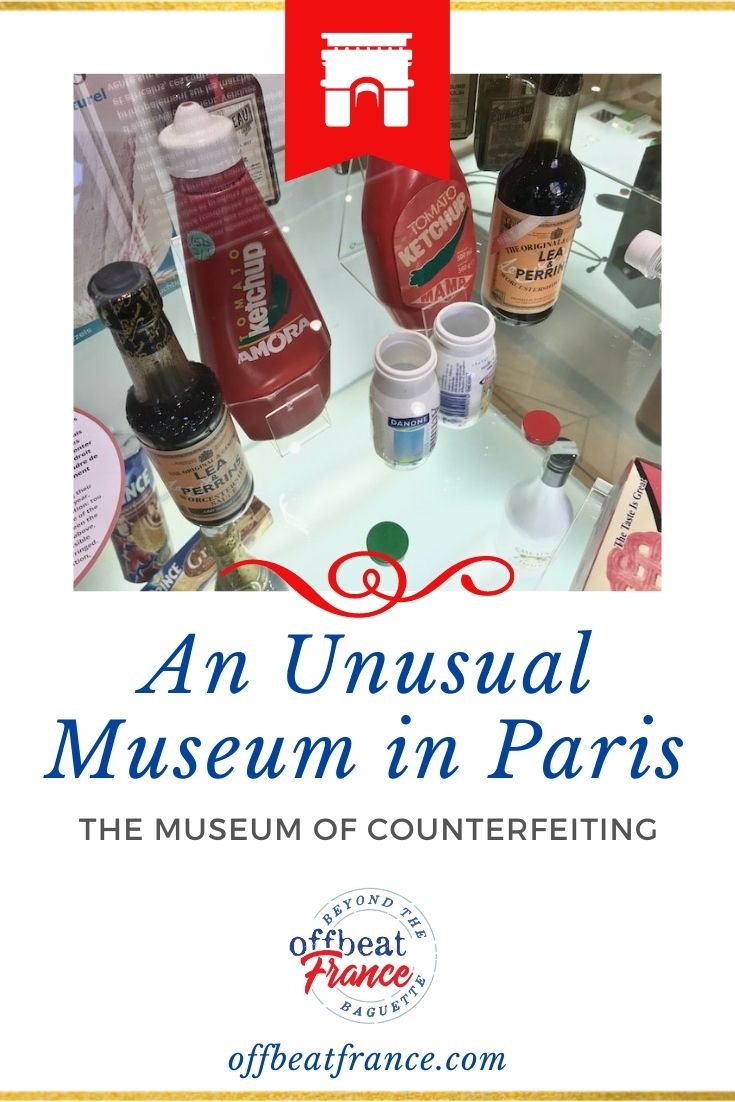 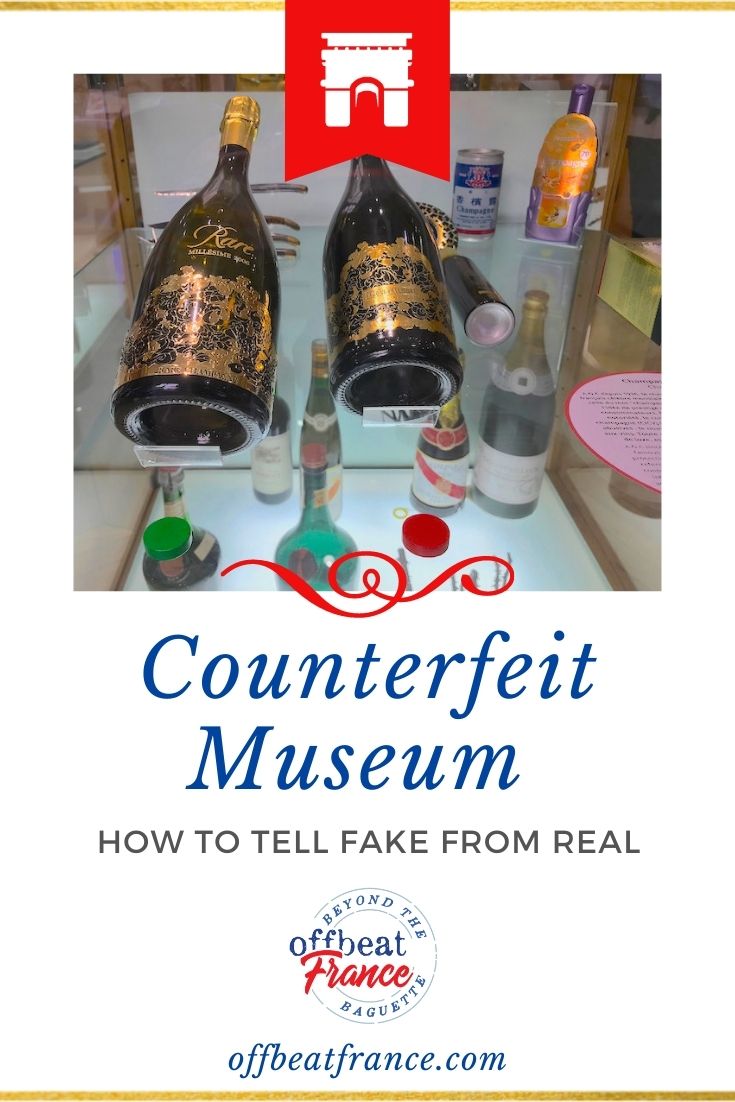 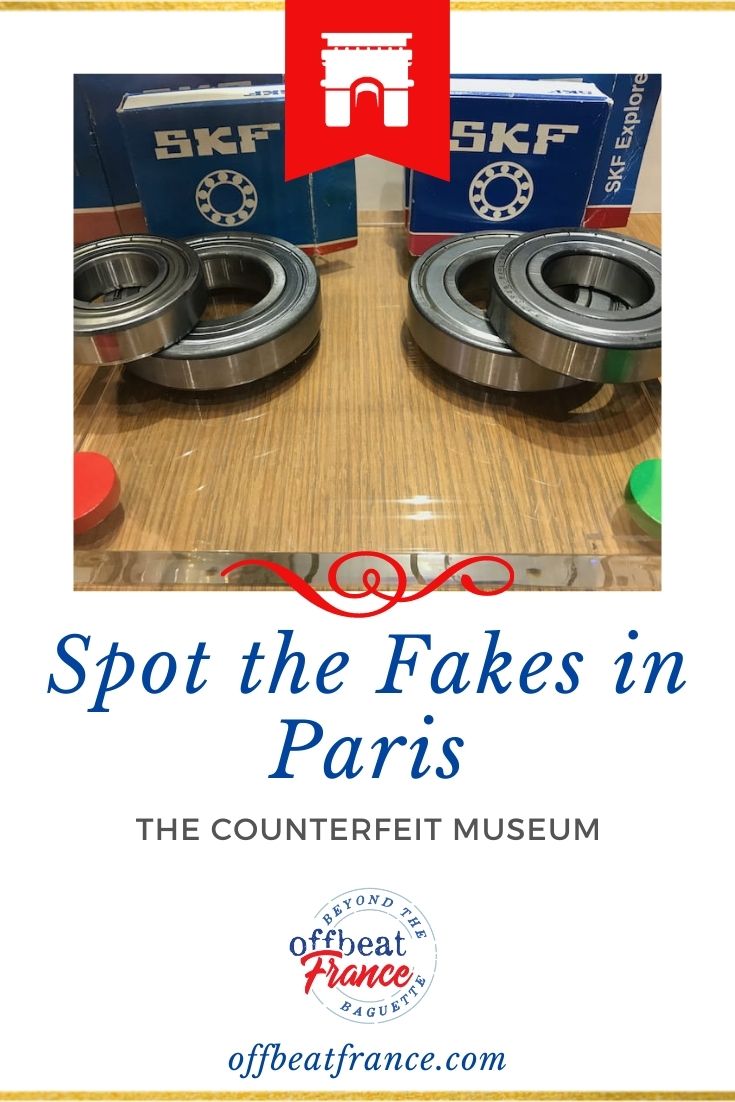